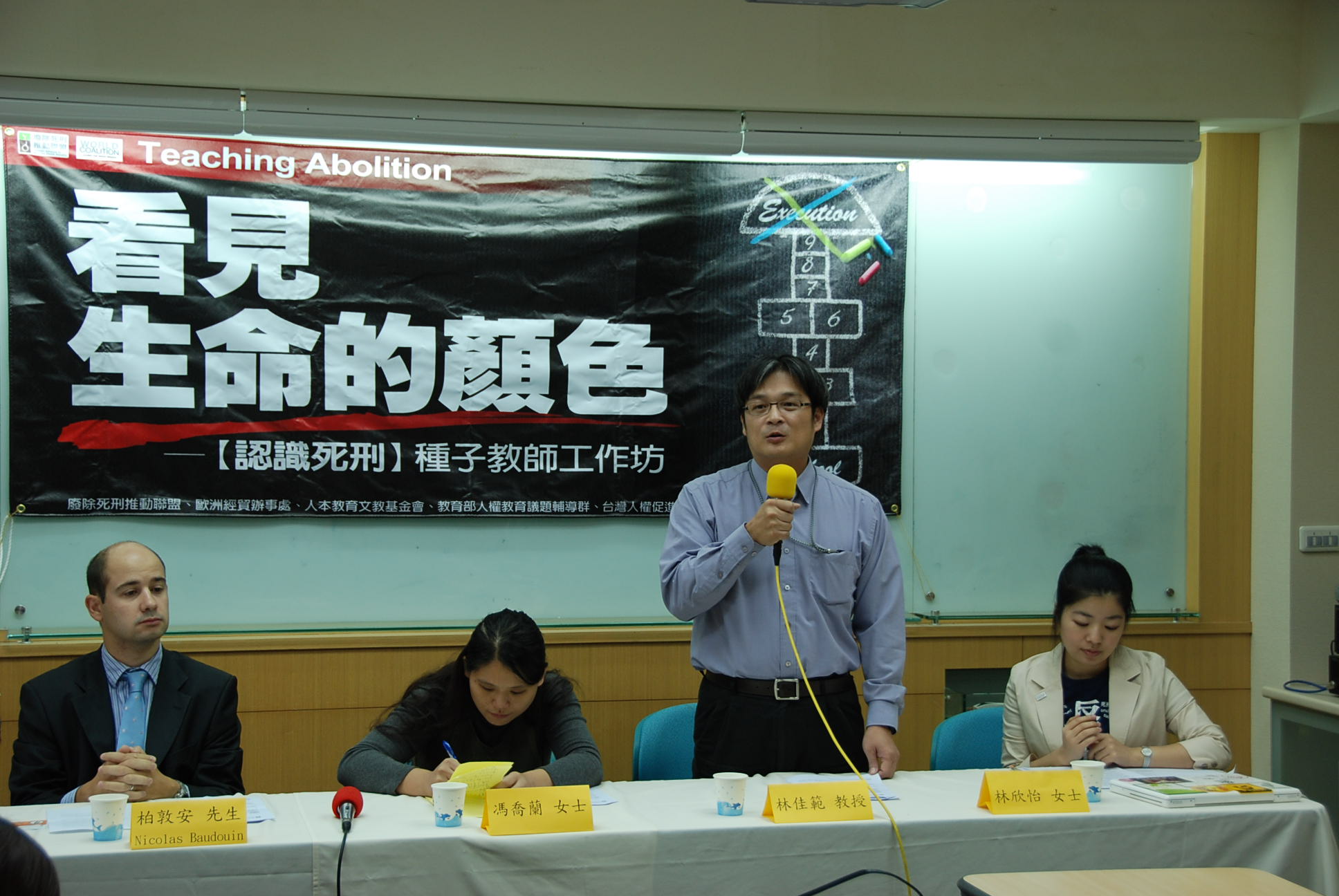 See the Color of Life
Understanding the Death Penalty

Up until the end of June 2009, 139 states in total joined the camp against the death penalty. Fifty five among them have abolished the death penalty since 1990. Taiwan has not executed any capital prisoners for almost four years since the last executions at the end of 2005. President Ma Ying Jeou further signed the ratification of International Covenant on Civil and Political Rights and International Covenant on Economic, Social and Cultural Rights on 14 May this year. These moves suggest that Taiwan is stably stepping toward the goal of abolition, in order to stand shoulder to shoulder with most states of the world.

Although the abolitionists have become majority of the world, internal voices against the wave in Taiwan never stop. TAEDP fully acknowledges that the future development pro or against the death penalty pivots on the education we provide to our next generation. Youngsters will be our future citizens, politicians, defendants, judges and lawyers. The world is determined in their hands. They will face the decision to join the group against the death penalty or not when they grow up.

One educational handbook plus one seed-teacher workshop

World Coalition Against the Death Penalty has published the Educational Guide: World Day 2009 for this year’s world day campaign and the Chinese edition has been translated by TAEDP. This handbook aims to provide the fundamental knowledge regarding the death penalty to the youngsters and the public, to help them learn more about how the death penalty violates our basic rights.

Aside from translating the handbook into Chinese, TAEDP further wants to make the educational materials apply to Taiwan’s society. We hence introduce and inaugurate the workshop “See the Color of Life: Understanding the Death Penalty” on this very day. Taiwan is encountering the pivotal point of pro/con the death penalty, a comprehensive dialogue with the public therefore is required in order to affirm the arguments supporting the abolition.

The World Coalition Against the Death Penalty initiated this global petition for the 7th World Day. Taiwan no more imposes the death penalty or capital executions on juveniles, but 2009 marks the 20th anniversary of UN Convention on the Rights of the Child (CRC), Taiwan must engage with the international communities and call on Iran, Saudi Arabia, Sudan and Yemen to comply with and implement the CRC according to its article 37, and stop imposing the death penalty on juveniles.

During the conference TAEDP will screen a short film All for You which was produced by youth volunteers of TAEDP. This film centers around the reason behind the movement against the death penalty: to leave our next generation a better world. Background music at the end of the film, is performed by guitar club members of Humanistic Education Foundation’s Sang-Chong Teenagers’ House.

TAEDP hosted two times of Murder by Number Film Festival in 2004 and 2007 in Taipei and Kaohsiung. This year we will host this film festival together with the Law Department, Philosophy Department and Crime Prevention Department of Chung Cheng University and the Department of Non-Profit Management of Nan-Hua University in Chiayi. There will be four movies screened from 12-14 October, please log on our website for more information. www.taedp.org.tw

Speakers in the press conference

About World Day Against the Death Penalty

Taiwan has held moratorium since December 2005. It’s a remarkable record in Taiwan history. Established in 2003, the Taiwan Association for Human Rights (TAHR), the Judicial Reform Foundation (JRF), Fujen University John Paul II Peace Institute, the Chang Fo-chuan Center for the Study of Human Rights at Soochow University, the Taipei Bar Association (TBA), Amnesty International Taiwan and the Peacetime Foundation joined forces in forming the TAEDP. The movement TAEDP promotes is not just a talk about pro or con of the death penalty, but a full-aspect action including death watch, victims’ protection, social education, international networking, and policy lobbying. Say YES to Life, Say NO to the Death Penalty!

TAEDP has been elected as the member of Steering Committee of WACDP since June 2009. Through this position, TAEDP wishes to make contributions to the global movement on abolishing the death penalty and speaks up for Taiwan in the international arena.